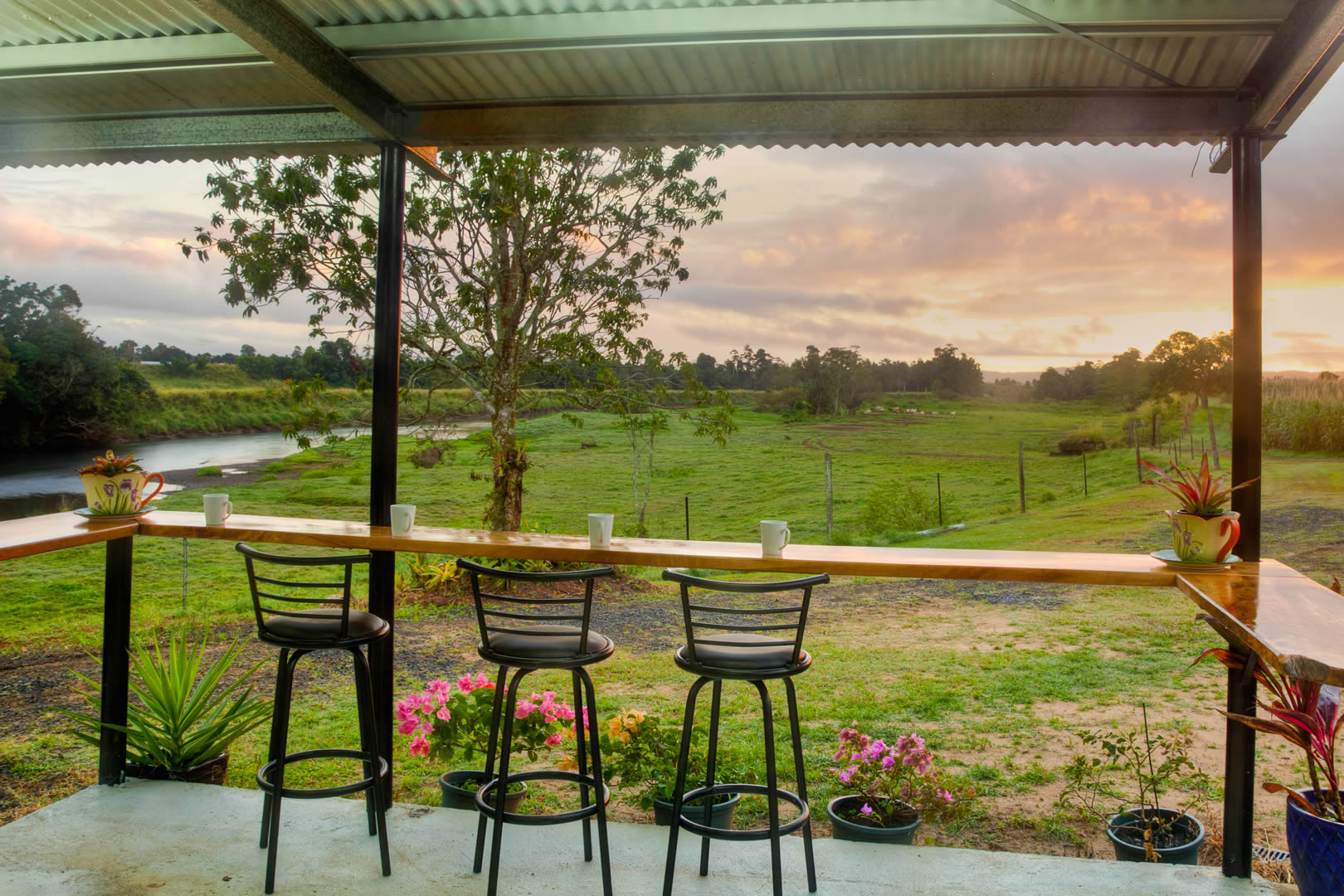 The Sciacca family has been farming in the Mourilyan area for over 100 years, diversifying into many different crops through the years.

We first started growing Arabica coffee in the 1980’s  to see how it would grow commercially as it had been grown successfully way back in the 1900’s. After growing the coffee trees to berry stage, we found that when mature was of superior quality. Owing to various reason we diversified into bananas which we successfully grew for many years but still kept interest in the coffee.

We then started growing coffee commercially in 2000 with our two sons Steven and Joseph planting approximately 130 acres but unfortunately when the coffee beans were ready to be harvested, mother nature sent us cyclone Larry, which completely devastated the plantation. Being determined farmers we replanted the trees and all was going well until cyclone Yasi hit. So again we replanted the trees that were completely ruined and cut the ones whose roots were not badly damaged down to almost ground level. The plantation is now at a certain percentage of production and hopefully it should be producing 100%  by 2015. We have bought our own Korvan Coffee Harvester, Hulling, Drying Plant and a Roaster.

Our coffee is grown in rich alluvial soil on the banks of the beautiful South Johnstone River, and this is what gives our coffee its sweetness of taste seldom found in other coffees. We have stunning views of the river and the mountains so we have built a coffee shop on the farm overlooking the river,  the sunset over the mountain is magnificent. We will be selling coffee from our shop, also catering for groups to have morning, afternoon teas, lunch and dinners if required, all to a set menu of basically Sicilian Cuisine. These are by appointment only.

Our coffee is single origin and freshly roasted by our master roaster according to orders.